Grandmother is watching a video on her tablet. She tries to get Bulbul to see it but Bulbul says she's not in the mood.
Grandmother says it's a video of Abhi in concert and he looks so handsome.
Bulbul begs to see it. She says Abhi's girl must be a lucky woman.

Abhi meets up a with a girl who asks him for an autograph. Abhi says he would rather take a photograph with her.
The paparazzi ask him if they are dating but he says they are just friends and have known each other for a long time.
Abhi later tells her that he wants the media to keep guessing.
She suggests they go a party but Abhi says he has a date.
He takes a phone call and tells the person that he is on his way.

He rushes to a house and calls for his sweetheart.
The sweet heart turns out to be his grandmother and its her birthday.
She asks for her gift and he says he got her something nice.
She tells him that she doesn't want something nice, she wants him to find a girl.
Abhi says he can't settle with one girl because the other girls will be unhappy.
She tells him that the women who surround him right now are interested in his money but he needs one who will stick with him through good and bad times.
Abhi tells her that money matters a lot, love may change but money will always be there.


Pragya is wondering why Suresh didn't say goodnight to her.


In the morning, he picks her up and they go to the Municipal office.
Pragya tries to bring up last night but Suresh says he doesn't want to talk about it.

The man in charge of taxes says he will not attend to Suresh because him from a previous incident they had.
Suresh threatens to go to court.
The man tells them to get out and calls Suresh a loser.

Pragya gets upset and says he can't call Suresh a loser because he's an ex army officer and only doing what is right. He helps people whom the who are unable to help themselves and shouldn't be made to pay such heavy taxes .
The man calls them back and apologises, then he collects their files with a promise to reduce the taxes.


Later in the day, Suresh comes to Pragya's house to see her mother
Hetells one of the helps that he wants to book the wedding hall for an event.
The help inform Sanla and Sanla asks the help what she thinks Suresh wants to use the ball for.
The help says it She says it must be that he wants d to marry Pragya.
Sanla gets excited.

Suresh asks Sanla how much it will cost him to book the hall and Sanla says he can't pay because he does so much for the family.
Pragya comes out to meet them and Sanla takes her aside to tell her that Suresh wants to ask for her hand in marriage.
Pragya looks happy.

Pragya and Sanla look at him in shock and Sanla asks why she needs to bless his sister.
Suresh says she's the one getting married.
Sanla and Pragya's hopes are dashed.

They hear some commotion outside and they all go out to see some men saying they have come to close the wedding hall for lack of tax payments.
Pragya tells them that they pay their taxes every year.
The men say they delayed payment.
Suresh asks if they have a permit for this and they show him then tell him to get out of the way, so they can lock up the place.

The man from the municipal office whom they met earlier, arrives and warns the men never to go anywhere without his permission.
He tells Pragya that he cam to inspect their property himself because of their encounter at his office earlier and he's sorry for what his men tried to do.
Sanla thanks him and invites him to tea.

They enter the house and the man sees Bulbul. He seems to be taken by her beauty but Bulbul quickly leaves the living room.

He tells Sanla that he will take care of all her taxes and will ensure they won't have to pay anymore but he has a proposal for her.
Sanla asks what that will be.
He says he wants to marry her younger daughter.
Sanla isn't very happy, she says her older daughter is not married.
He tells her not to worry about that because he knows a lot of wealthy men that will gladly marry her.
Pragya and Suresh overhear the conversation and they are shocked.

The man leaves and Sanla goes to the room to scold Bulbul.
Bulbul is confused as she doesn't know what is going on.
Sanla tells her that the man wants to marry her and she's sure it's because of what Bulbul is wearing.
Bulbul says she is dressed simply in a pair of jeans trousers and a top .
She says knows him and he has always stalked her, so she's sure he planned it.
Pragya says he planted false penalties because he knew they would come and beg him and this must have been his plan all along. 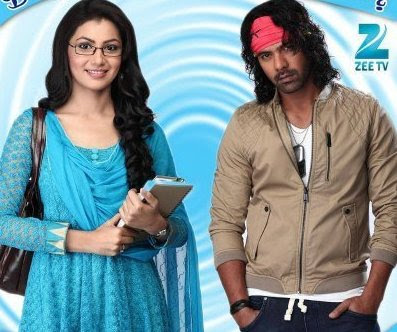 Pragya cries to Suresh about what her mother has to go through; she has suffered so much for the hall and now she's being blackmailed.
She says Bulbul is her younger sister and she can't bear her having to suffer such fate.
Suresh tells her not to cry and promises to help her. He says she fought the guy earlier for his sake and now he's ready to fight for her too because she's special to him.


Next day, Bulbul goes to meet Suresh for advise on whether to marry the man or not.
Suresh tells her to marry him so her family's problems will be solved.


Bulbul gets home and Pragya asks where she went.
She says he went to the man's office and agreed to marry him.
Sanla is about to slap her but Pragya holds her back.
Bulbul says he's wealthy and can take care of her.

Pragya blames Suresh for taking Bulbul there.
Suresh tells her to look at it from a different perspective, the man can help their family.
Sanla thinks about it and says its true, there's nothing wrong with the guy, he has a lot of money.
Pragya reminds her mother that she has always taught them about having proper values.

She later berates Suresh for what he did and says he's not who she thought he was.


Abhi is at a photo shoot. The clients don't like his attitude because he's greedy but his manager says they are getting value for their money.


The man who wants to marry Bulbul comes for a visit to set the wedding date. He brings flowers for Bulbul.
Pragya asks if he didn't come with any family members.
He says they will come later.

He shows them receipts from the municipal office and says their taxes have been cancelled.
Sanla thanks him but he says the receipts all carry his signature so he can cancel it anytime, if they don't keep their end of the deal.

Suresh says his friends have arrived.
The man says he's not expecting any friends.
Some members of the press arrive with their cameras and Suresh tells them that they should see an upstanding guy who has helped them cancel illegal taxes that were levied on them.
The reporters ask ask the man if he has helped others as well.
He takes them outside to address them then he comes back in to threaten the family that he will do something to their marriage hall tomorrow.

Bulbul shows him a recording on her phone where he was saying he could cancel his signatures at any time if their arrangement is cancelled.
He says they will regret it, then he walks out in anger and defeat.


Pragya and Sanla hug Bulbul and ask how she did it.
She tells them how Suresh planned everything.
Sanla thanks Suresh for doing so much for their family.


At night, Pragya is thinking about Suresh and how much he does for her. She remembers her mother's words that he is in love with her.

Suresh is at home with his friend.
His friend tells him to stop staring at a photo. He asks to see the photo but Suresh tries to hide it.
The friend succeeds in taking the photo from him and he's shocked to see its a photo of Bulbul.
He asks Suresh why he has been making it seem like its been Pragya all the while when it's Bulbul he's in love with.
Suresh says Pragya is his best friend but its Bulbul he loves.


Pragya is at home, wondering why Suresh doesn't just tell her that he loves her.


Suresh tells his friend that he knows Bulbul can never be his but he will wait for her.


Next day, Abhi attends a funeral of a man he doesn't know. He says some words but keeps making blunders like saying the man died so young, when the man was actually 87 years old. He says the man left his wife but the man had no wife.
He takes pictures with the man's son and the son begs Abhi to stay and take more pictures. Abhi whispers to him that it will cost him some more money.


As Abhi and his friend are leaving, the friend who is also his manager shows him some cheques but Abhi says he's not interested because he trusts his friend.


Suresh and his friend are riding on the scooter to the railway station to receive Suresh's mother and sister.
Abhi's car is driving behind them and blaring the horn for Suresh to get out of the way.
the friend looks back and sees its Abhi.
He gets excited and tells Suresh to pull over on the side of the road or make way for him.
Suresh says he got thrown out of Abhi's concert and he won't move out of the way because he's within his rights.

At a traffic light, Suresh stops and Abhi's car moves on.
Suresh takes down the number of the car and says he will report the matter to the authorities.


They get to the train station and Suresh sees a man sweeping. He complains that the man is not sweeping properly and wants to take the broom from him but his friend stops him.
Suresh gets a call from Pragya who sounds like she's in a panic. She tells him to hurry to her house because her family is in trouble.


Suresh rushes to Pragya's house and is surprised to see his mother and sister there.
Pragya and Bulbul laugh at his expression.

Pragya says she brought his mum to the house.
Bulbul says it was her idea.

Cochise – Lost It
1 day ago

I Am Able
2 hours ago

My Class Teacher [Completed]
2 hours ago

The Osbournes Want to Believe
22 hours ago

The Sounds
22 hours ago